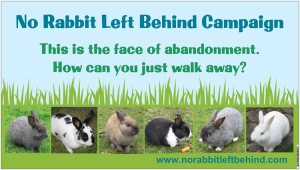 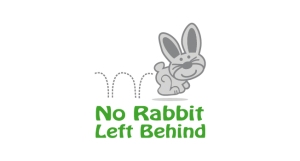 All over Richmond, B.C. pet rabbits are abandoned to fend for themselves on the streets and in the parks.  The rabbits lack the skills to survive and become malnourished, sick, injured and ultimately suffer agonizing deaths.

A few of the abandoned rabbits are rescued by local rescues and shelters but there are too many rabbits and not enough places for them.

Action needs to be taken to educate people, stop the dumping and create a safe refuge for the rabbits.

The No Rabbit Left Behind Campaign’s goal is to promote individuals, organizations and government to work together to help the abandoned pet rabbits living on the streets and in the parks of Richmond, BC, until there is no rabbit left behind to suffer needlessly. 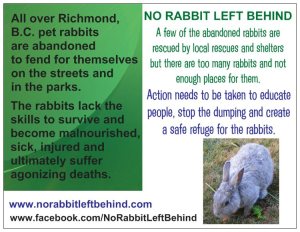