About the Non-Survivors R.I.P.

Sadly there are so many abandoned rabbits living in the parks and on the streets in Richmond that it is impossible to rescue them all.  Most of the 100s of abandoned rabbits will never have the opportunity to be rescued and will not survive.

The life of every rabbit is important and the death of every rabbit needs to be acknowledged.  Sadly most often the rabbits suffer and die quietly and alone, out of sight from human eyes.  One day the rabbit is seen, and the next day he/she is gone without a trace.

RIP to all the hundreds of rabbits who were abandoned and did not survive.  Your lives mattered and I am sorry we could not do more for you.  You may be gone, but you are not forgotten.

With so many rabbits needing help and nowhere for them to go, the sick or injured rabbits must be the priority to rescue.  However hurt rabbits can be difficult to rescue, because they are suffering, afraid, and more elusive than they might otherwise be.  Often efforts to rescue them then are unsuccessful and even when hurt rabbits are rescued, it is sadly often too late.

Here are the stories of several of the sick/injured rabbits who crossed over the rainbow bridge as efforts were being made to help them.  Sadly those efforts came too late.

This rabbit had been living in the courtyard by Minoru Chapel for quite some time.  One day the rabbit was discovered with a bad eye infection.  By the time rescue came, the rabbit had subsequently also been hit by a car.  The rabbit was taken in for urgent veterinary treatment but did not survive.  RIP. 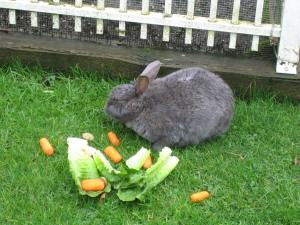 This rabbit was first discovered with an injured eye in Aug. 2012.  The eye appeared to heal for the most part, however there was still a small ulcer on it.  The rabbit was seen regularly over the year and in Sept. 2013 the rabbit developed  an enlargement on its facial/jaw area, possibly caused by an abscess or tumor.  At that point an effort was made to rescue the rabbit, however the rabbit abruptly disappeared and was never seen again.  RIP. 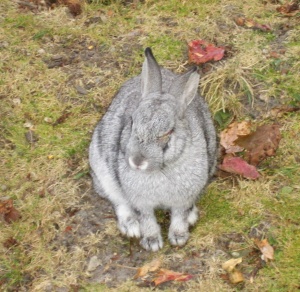 This rabbit was discovered very wobbly and falling over.  However the rabbit eluded repeated efforts to rescue.  When finally caught it was too late, as the rabbit was very ill and died that same night.  RIP. 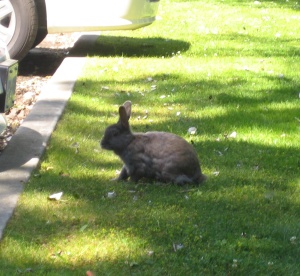 This rabbit lived in the courtyard by Minoru Chapel and may have been born there.  In Feb. 2013 an urgent call was received that the rabbit was badly injured.  At that point the rabbit was rescued and rushed to the vets, however it was too late as the rabbit had severe internal injuries (possibly hit by a car).  RIP.

This little black baby rabbit was one of a group of rabbits living by the lake in Minoru Park.  By Sept. 2012 the baby had developed a swollen abdomen and had become slow moving.  The baby was rescued and taken in for veterinary care, however did not survive.  RIP. 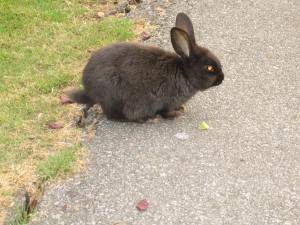 Chiquita was first noticed in Dec. 2011 and was regularly seen living outside of City Hall.  By Aug. 2012 she had become extremely ill and appeared very sickly and hardly eating.  At that point Chiquita was rescued and taken in for veterinary care, however it was too late as her body was full of cancer.  RIP. 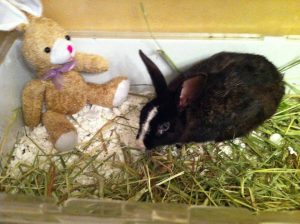 This rabbit was seen periodically living by Richmond Hospital.  The rabbit had a missing eye and infected eye socket.  Rescue efforts were made, however the rabbit eluded all efforts for several months and then disappeared completely. 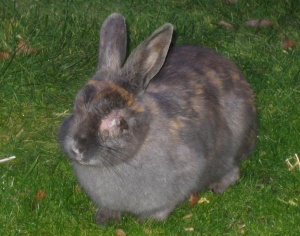 This rabbit was noticed dragging itself around with an apparent broken leg.  Several attempts were made to rescue the rabbit without any success and the rabbit disappeared right after that. 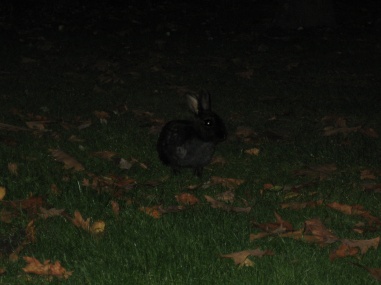 “Rabbits and ballots” tells the story of this rabbit. 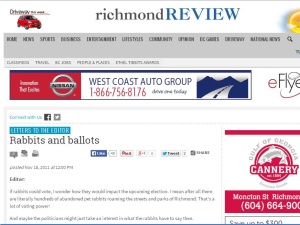